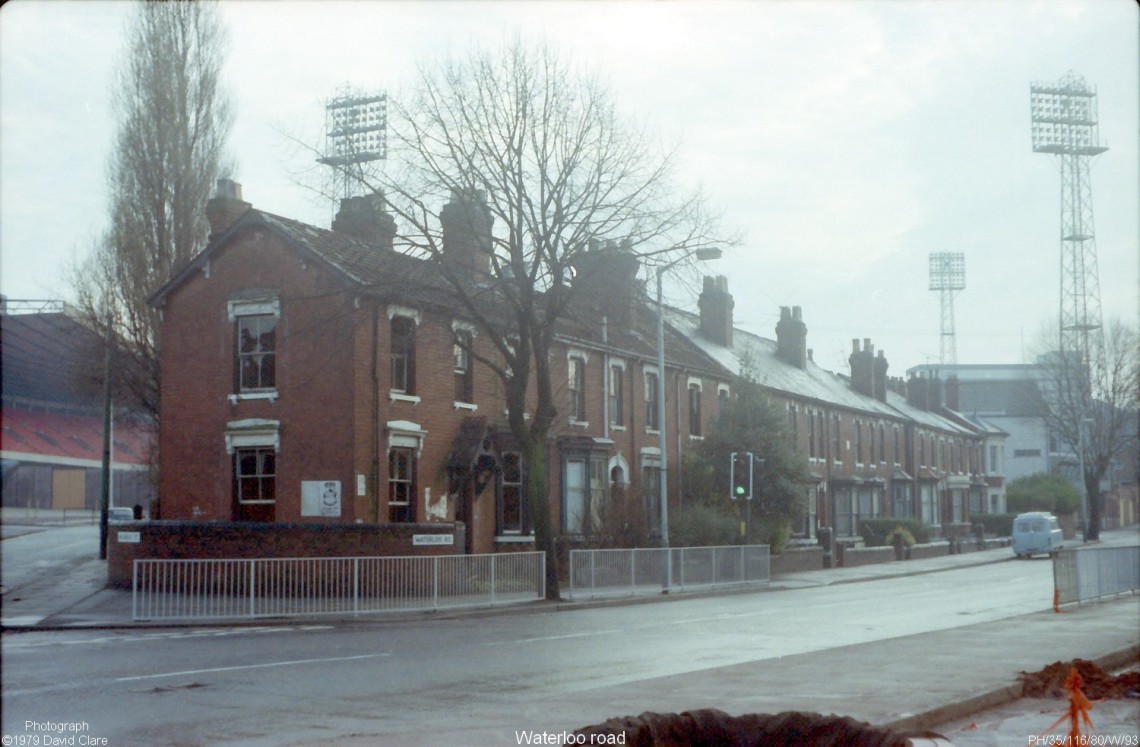 ‘Notes From The Front Line’ is where I’m going to wax about the wider subjects in football…modern football. There are only so many ways you can throw down fat honey sweet lyrics about Wolves before you start to repeat yourself. I have other things to say and it’s positive to get them off your chest.

This Flying Bat Aids Virus thing is shit isn’t it? Everybody has panic bought all the shit roll in Poundstretcher. Half the people I watched buying bog roll in bulk looked like they couldn’t reach their arses yet alone wipe them. As an aside…why do fat people drive so fast? Bog rolls. I mean it’s funny because people losing their minds over mundane half truths and acting like 12 year old kids reminds me of how the insanity of Social Media is bleeding through into our own reality now. The lines are getting blurry. I watched this woman empty the shelf of Pot Noodles and then look at me with a look of victory, almost animal triumph that she had dumped them all in her basket. I had to laugh. All I had was some Fairy Lights that were on offer. I will see out the Bat Aids Apocalypse in the gentle twinkling of LEDs.

So because THE VIRUS is a thing we don’t get to watch football and that isn’t funny. I suspect they will cut the season off at the knees and cancel all future fixtures. Fuck knows what the Lizards and the Money Changers at the English FA will think about that. Some money is going to get tanked for sure. I guess some of the Governments money will be sliding to placate those particular pains though. But fucking hell the Chinese didn’t fuck about did they? Either they have got on top of the whole thing or they are telling porky pies. I think it’s a mixture of both to be honest. Everything is hysterical and mental. We are all losing it. I didn’t know I knew so many Virus Experts. Even one of the girls in Aldi started waxing scientific lyrics. I think I pulled the same face I pulled when I watched Nathan Judah and that other bloke with hair like a Nightclub carpet talking about the Brighton match. They grabbed a few Flakies to moan at the camera a bit which was funny. But what did we expect from Brighton? They couldn’t get a semi on about anything. They just flop about and your mind starts wandering and you start looking at the dandruff in the blokes hair in front of you. Brighton can piss off. Brighton fans look like the fucking lunatics in the background at Antique Roadshow, all vacant stares not quite wondering what’s happening. Waiting for the bloke to say what it’s worth and nodding, smiling at mucho cash and looking like they’ve trod in dogshit when Nans vase is worth £3.

Nuno doesn’t want to play in Greece. I don’t blame him. The squad have to be kept away from THE INFECTED. Flying over to there isn’t a good idea and Nuno was right. There’s no point in playing football if there’s nobody there to watch it. Conor Coady isn’t happy either. He’s got babbies to think about and I think if he had decided to say bollocks to Greece and shut his front door for a couple of weeks then fair play. I mean we are all adults aren’t we? We can deal with the season being kicked in the bin? I mean, if they nullified all results this season and started fresh next season Liverpool wouldn’t be Champions. How funny would that be? Scousers would have a fucking meltdown of all meltdowns. They would never let anybody forget their pain, it would roll down the years generation after generation…the banners will be a sight.

Suffice to say whatever happens it won’t benefit us in anyway. By us I mean the Punters. We are on our own pretty much. The big clubs (us included) will absorb the pain and rearrange plans. I wonder how it will affect stadium building and team acquisitions? I think our placid acceptance of exponential Wolves growth may have to be looked at again in light of this Bat Aids pandemic. Shit will change for sure, for us and for everybody else. It may be that a few clubs like Aston Villa and North Birmingham Albion may find it a bit rough. Shame. Walsall, I hope they are OK because their fans make me laugh.

Neto has just equalised against Olympiakos. Now come on man. You can’t postpone the return leg please. I don’t really care whether I get Bat Aids. I want to watch Wolves play some more European Football…and probably win it too. The game is hard to watch. There is no passion in any of it really. This is what happens when you take away the crowd. We are football. What’s the point of life if you aren’t allowed to live it? Everything on this planet will kill us all at some point, Volcanoes, Hurricanes, Earthquakes, disease, famine, Dixie Chicken, you name it…and anyway it will make a great story when you’re dead…”He was fine when he come back from the match but the next day he was jed! The Flu got him day it!…great match”. But it ain’t looking good for this competition lads. They are going to either postpone it or cancel it. Bollocks.

But listen…we all know somebody who works in the NHS. This is their time. They will be working until they drop trying to help people who need their help in these insane days. Do your best to help them and follow the advice of the experts. Keep yourself free of this horrible Virus for as long as you can. Make sure the Old gits are good and have everything they need. Stay in contact with people you know and trust. If we get to Gdansk lets make sure we are all there yeah?

View all posts by Michael Petalengro